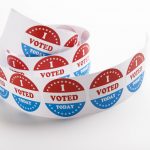 November 4, 2020 | Category: BPE Newsletter, Election 2020
Today is Election Day 2020 – Get Out and Vote By: D. Keith Dunnagan, Esq. November 3, 2020 Today is election day.A chance to vote for the President of the United States of America. This year, record voter turnout is expected and with such important issues and positions to be passed on, high voter turnout […] 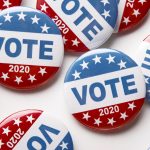 September 29, 2020 | Category: BPE Newsletter, Election 2020
It’s Election Season By: D. Keith Dunnagan, Esq. September 29, 2020 “What is most important of this grand experiment, the United States? Not the election of its first president but the election of its second president. The peaceful transition of power is what will separate this country from the world.” Historically attributed to George Washington […]
Copyright © 2019 - 2022 BPE Law. All Rights Reserved. Web Design by D4