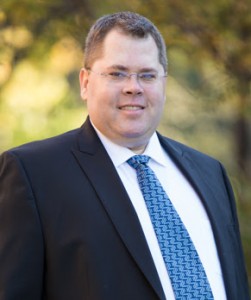 Many people think BPE Law Group represents only individuals and smaller companies with litigation matters. Yet as today’s Article highlights we successfully also represent municipalities, governing agencies, and other major players including the historic Town of Locke.

Also, remember that we do legal presentations for business and community organizations. If your group would like this, please contact me or Steve to setup a date and time.

On July 13, 2017, the California State Third District Court of Appeal granted the Town of Locke’s Motion to Dismiss the Appeal of Appellant Martha Esch. The Court of Appeal ruling potentially ends a six-year legal battle over who is the rightful owner of an historically significant building in the heart of this small river front community.   At stake in this hard-won case was ownership of 1265 Levee Road, Walnut Grove (Locke), California.  As some of our readers know, the Town of Locke is historic for being the only town in the United States created for Chinese immigrant workers who came to America to build infrastructure, like the transcontinental railroad.
The case began in 2011, when BPE Law Group was retained by the Locke Management Association (LMA) to enforce a right of first refusal it owned under the community’s CC&Rs and Bylaws.  Under the right of first refusal, if anyone in the community of Locke wanted to sell any piece of property, the LMA had the right to purchase at the same price.  In this instance, the LMA had decide at one of their noticed monthly meetings that they wanted to buy the Levee Road property.  Even though Appellant Esch was at the meeting and was fully aware of the vote to approve the LMA’s purchase, Appellant Esch proceeded immediately thereafter to buy the Levee Road property in violation of the vote and the rights of the LMA.In the litigation which proceeded, BPE Law succeeded at every hearing yet Esch persisted on filing further claims and appealing decisions. Following the successful ruling on LMA’s Motion for Summary Judgment in early 2016, Defendant Esch filed an appeal in the Third District Court of Appeal.  Initially, the appeal delayed the transfer of ownership of the Property from Esch to the LMA.  But thanks to continued efforts BPE Law Group was able to force the transfer of the Levee Property in compliance with the court’s ruling and as part of that compliance, LMA deposited $21,000 with the Court as its purchase funds for the Property.

As an example of how Appellant Esch continued raising legal challenges, even though the $21,000 was being held pending the decision on Esch’s Appeal, she wanted the purchase money now without waiting for the Appeal. Strategically, at BPE Law’s recommendation, LMA allowed Esch to have the funds now and then BPE filed  a Motion in the Third District Court to dismiss Esch’s Appeal on the grounds that she waived her right to the appeal by accepting these funds, the logic being that it is unfair to criticize a court ruling while at the same time accepting the very benefits that ruling provides. Esch tried to claim that the money had nothing to do with her Appeal.  LMA disagreed stating that it was clear that the funds clearly and unmistakably came from the Locke Management Association (LMA) in exchange for Property (1265 Levee Road, Locke California) in compliance with the Summary Judgment.  On July 13th, the Court of Appeals agreed with BPE Law and LMA and Granted LMA’s Motion to Dismiss Esch’s Appeal.

The foregoing merely highlights key points in what has been a very contentious six year legal battle that, hopefully, will now be complete. Through it all, the experienced attorneys at BPE Law collaboratively addressed each legal challenge successfully and completely achieving the important goals of LMA and holding true to promises made historically to preserve and protect the Town of Locke and honor and remember the Chinese workers who lived here and contributed so much to make California great.

If you have any questions regarding property rights, enforcement of CC&R’s, or any other legal question, particularly concerning real property, or any other legal matter, please give us a call at (916) 966-2260 to schedule a Consultation with one of our experienced attorneys or email Keith Dunnagan at kbdunnagan@bpelaw.com.  BPE Law Attorneys are very experienced with real property issues including easements, land use agreements, and other necessary documents or court orders necessary to protect a property owner’s interest.

This article is not intended to be legal advice, lending advice, or a specific recommendation of any particular lender or company, and should not be taken as such advice.