On behalf of all of us at BPE Law, we wish you and your loved ones a Happy Valentine’s Day. In honor of this occasion, we’re providing a history of this most romantic of holidays. As always, if you have any questions about your business, real estate, estate planning, or any other legal issue, please let us know by e-mailing me at sjbeede@bpelaw.com. Also, remember that we do legal presentations for business and community organizations. If your group would like this, please contact me to setup a date and time.

Every February 14, across the United States and in other places around the world, candy, flowers and gifts are exchanged between loved ones, all in the name of St. Valentine. But who is this mysterious saint, and where did these traditions come from?

The history of Valentine’s Day and the story of its patron saint is shrouded in mystery. We do know that February has long been celebrated as a month of romance, and that St. Valentine’s Day, as we know it today, contains vestiges of both Christian and ancient Roman tradition. But who was Saint Valentine, and how did he become associated with this ancient rite? 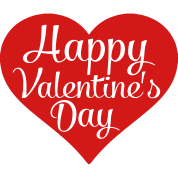 The Catholic Church recognizes at least three different saints named Valentine or Valentinus, all of whom were martyred. One legend contends that Valentine was a priest who served during the third century in Rome. When Emperor Claudius II decided that single men made better soldiers than those with wives and families, he outlawed marriage for young men. Valentine, realizing the injustice of the decree, defied Claudius and continued to perform marriages for young lovers in secret. When Valentine’s actions were discovered, Claudius ordered that he be put to death. According to legend, during his imprisonment, Saint Valentine healed the daughter of his jailer, Asterius, and before his execution, he wrote her a letter signed “Your Valentine” as a farewell.

At the end of the 5th century, Pope Gregory wanted to end a pagan Roman fertility celebration called “Lupercalia” which traditionally was held on February 14th. To do this, he declared that February 14th would be St. Valentine’s Day and, as Christianity spread during the Middle Ages, Valentine would become one of the most popular saints in England and France.

The day first became associated with romantic love within the circle of Geoffrey Chaucer in the 14th century, when the tradition of courtly love flourished. Written Valentine’s greetings didn’t begin to appear until after 1400. The oldest known valentine still in existence today was a poem written in 1415 by Charles, Duke of Orleans, to his wife while he was imprisoned in the Tower of London following his capture at the Battle of Agincourt.

By the 18th-century England, it evolved into an occasion in which lovers expressed their love for each other by presenting flowers, offering confectionery, and sending greeting cards (known as “valentines”). In Europe, Saint Valentine’s Keys are given to lovers “as a romantic symbol and an invitation to unlock the giver’s heart”, as well as to children, in order to ward off epilepsy (called Saint Valentine’s Malady). Valentine’s Day symbols that are used today include the heart-shaped outline, doves, and the figure of the winged Cupid.

Since the 19th century, handwritten valentines have given way to mass-produced greeting cards. Ready-made cards were an easy way for people to express their emotions in a time when direct expression of one’s feelings was discouraged. Today, according to the Greeting Card Association, an estimated 1 billion Valentine’s Day cards are sent each year, making Valentine’s Day the second largest card-sending holiday of the year. (An estimated 2.6 billion cards are sent for Christmas.) Women purchase approximately 85 percent of all valentines.

So here to brighten your Valentine’s Day, is a poem originally written in 1784:

The rose is red, the violet’s blue,
The honey’s sweet, and so are you.
Thou art my love and I am thine;
I drew thee to my Valentine:
The lot was cast and then I drew,
And Fortune said it shou’d be you

For over 20 years, the attorneys of BPE Law Group, P.C. have been advising and representing property owners and real estate professionals in dealing with their legal concerns including easements and other land-use issues. Our major areas of practice include: Real Estate, Business, and Estate Planning. We do business primarily in California although our clients are world-wide. Check us out on the Web at: www.bpelaw.com. If you would like a consultation with us, please call our office at (916) 966-2260 or e-mail me at sjbeede@bpelaw.com.

This article is not intended to be legal advice, and should not be taken as legal advice. Every case requires review of specific facts and history, and a formal agreement for service. Please feel free to contact us if you need legal advice and are interested in seeing if we can help you.