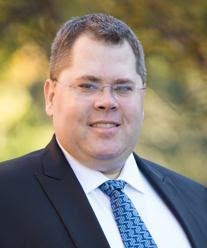 Also, remember that we do legal presentations for business and community organizations. If your group would like to schedule a presentation related to estate planning, please contact me to setup a date and time.

By way of brief background, California has maintained a strong policy restricting the ability of lenders to pursue borrower’s for deficiency judgment following a foreclosure. In Black Sky the Supreme Court was asked to decide whether a lender who foreclosed on a senior lien could then file an action to recover a deficiency on a junior lien that it held as well. The history of these types of cases dates back to the 1960s. The first major case to deal with this subject was Roseleaf Corp. v. Chierighino in 1963. In that particular case the Supreme Court stated that when a senior lien was foreclosed upon – a junior lien could be sued upon when it was owned a different junior lender that was wiped out. This position made sense. If Party A if forecloses and gets the benefit of the collateral and Party B gets wiped out, because Party B took no action and their interest was wiped out they should be able to pursue to get paid on their note. This makes sense and the outcome is logical.

The line of cases to follow Roseleaf set the tone for the merger rule. In Union Bank v. Wendland and Simon v. Superior Court the appellate cases were faced with the issue of a common lender owning successive liens. The development was one that stated that when the senior lien holder foreclosed upon the senior lien that lien along with its successive junior lien merged into one lien and the borrower was protected from potential deficiency litigation. The idea was to prevent lenders from creating multiple liens as a way to get around the deficiency statutes and it made sense because if the senior lender could control the foreclosure and eliminate redemption rights of a borrower they should bear the consequences related to over securing the loan. After all they were in the best position to deal with that issue.

However, in the recent Black Sky decision the court moved away from 40 years of merger jurisprudence. As a refresher on the facts — the lender made two loans a couple years apart for significant sums of money secured by one commercial property. After the loans were made the original lender sold them to Black Sky Capital. About seven years after the second loan was made, the borrower found itself in default. Black Sky completed a non-judicial foreclosure on the first deed of trust thereby wiping out the security on the second note. Thereafter, Black Sky brought an action to recover on the second note as an unsecured creditor seeking a money judgment for the unpaid loan.

In an effort to maintain some of the merger protections, the Court addressed prior court’s concern of gamesmanship by lenders who attempt to avoid the deficiency restrictions by stating in dicta that there was no evidence of gamesmanship by the lender and the two liens were not created in close proximity in time. Prior to the Black Sky ruling the bright line rule was that if a lender held successive liens, foreclosed and obtained the benefit of the collateral they were barred from asserting a deficiency claim. Now, that is no longer the law. Under this ruling the law significantly changes. If a lender forecloses on a priority lien they can immediately sue for deficiency on the junior lien and whether or not any merger protections existed would be a litigated matter based upon a bunch of factors related to how the loans were created and factoring a time element. It could be that if you take out a loan with your lender and 3 weeks later you open a secured equity line with the same institution that upon a foreclosure you could lose your home and also be subject to deficiency obligations as well.

It was truly a bad day for borrowers when the Black Sky decision was rendered.

The attorneys of BPE Law Group, PC. have been advising our clients on real estate, business and estate planning issues for over 20 years and have assisted numerous clients in business and real estate matters and have represented and advised brokers on their professional obligations as well as consumers on their rights. If you have questions concerning legal matters, give us a call at (916) 966-2260 or e-mail Keith at kbdunnagan@bpelaw.com. Our flat fee consult for new clients may get you the answers you need for the questions you have.