SO YOU GOT BUMPED… Rights and Remedies for Passengers

By now, everyone is aware of the image of a passenger on a United Airlines being dragged off a plane after getting bumped so some United employees could get a seat. This was both an outrageous and traumatic overuse of force as well as a public relations disaster. But was it legal and what remedies does the passenger have? Those are the questions this Article will address. 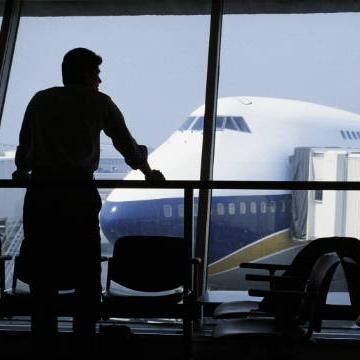 Most people are not fully aware that when we book a flight, the boarding pass we receive is only provided after we have consented to be bound by the terms of a Contract with the particular airline. In the case of United, this is a 46 page Contract of fine print called a “Contract of Carriage”. Of course, very few people (even attorneys) ever read these Contracts. We check the box indicating our acceptance, get our Reservation, and go our merry way. Well, most of the time. However, buried on page 9 at Rule 5.D., United’s Contract gives them the right to overbook flights and deny travel even when a passenger has a reserved and confirmed ticket. Their process for determining who gets bumped and how much they’re compensated, if anything, is set forth on pages 34-36 at Rule 25. All airlines have similar contracts.

Since the right to bump passengers off a flight is in the Contract that was agreed to by the passenger, it is legally enforceable by the airline. Yes, they can bump you. The real issue is how it is enforced. Actions taken to enforce a Contract must generally be “reasonable”, ie: “the standard of care that a reasonably prudent person would provide under the circumstances“. So the question will become, even if United had a legal right to bump Dr. Dao from his seat, was their action in dragging him out of his seat and down the aisle reasonable? Most would say no… including all the other passengers on the flight that walked off the plane in protest. Or was Dr. Dao wrong in refusing to leave his seat and thus forcing this showdown that ultimately required police action to forcibly remove him?

To get a better picture of why this situation arose and why United felt it necessary to not give in requires a look behind the scenes at what was going on that day. Many of us have learned that the passengers were bumped to allow 4 airline crew to fly. Was this more important? The reality is that those 4 crew members had been scheduled to fly to their destination city on a flight that had been cancelled. Most importantly, it was critical that they get to the destination city by the next morning because they were needed to enable a flight there to depart. If they were not there, a scheduled flight with 70 passengers could not take off. So, what is more important, the rights of 70 scheduled passengers to fly or the rights of 1 passenger to not get bumped?

We live under a system of government and laws that seeks to provide the greatest good for the greatest number. Even if we feel that this ideal is not always carried out, it is the moral and legal underpinning of our society. When applied to this United situation, under these circumstances, most might agree that it was a better result to bump the 1 for the benefit of the 70.

But just because this result might appear reasonable and legal under the Contract, does not answer the entire question of whether United’s actions leading up to the confrontation with Dr. Dao were in fact reasonable.

No doubt the reasonableness of both United and Dr. Dao will be the subject of very costly litigation yet to come. Already United has apologized and is supposedly changing it’s policy of forced removal including increasing the compensation up to a cap of $10,000. but what is it supposed to do in the future under similar circumstances if no-one is willing to volunteer to get bumped. Perhaps they could keep raising the compensation amount until they get the necessary volunteers.
Perhaps they will not allow anyone to board the plane until they get the necessary volunteers. Perhaps they’ll stop overbooking. Well, this one is not likely.

In my opinion, the most expedient solution is to never let passengers actually board the airplane until all seat assignments have been resolved. We probably all feel that once we’ve walked down that passageway and taken our seat that we’ve made it, we’re safe, we’re definitely flying. United’s actions in removing someone who has already boarded shook the core security of all passengers on all airlines. And, even if legal and even if allowed under the circumstances and even if providing the greatest good for the greatest number, it still may very well be found to not be reasonable.

Bottom-line: if you get bumped from a flight you likely cannot refuse. You will be entitled to some compensation and re-booking to your destination (it’s in the Contract). But if you do refuse and you interfere with the flight, you are likely to be arrested and removed. As with so many things in life, the interests of the many will be determined to be more valuable than the interests of the few. The duty of acting reasonably applies to all.

For over 20 years, the attorneys of BPE Law Group, P.C. have been advising and representing business and property owners and investors in dealing with their legal needs. Check us out on the Web at: www.bpelaw.com If you would like a consultation with us, please call our office at (916) 966-2260 or e-mail Keith Dunnagan at kbdunnagan@bpelaw.com. For specific questions about this Article or to suggest future Articles or Seminars, you can e-mail Steve Beede at sjbeede@bpelaw.com.

This article is not intended to be legal advice, lending advice, or a specific recommendation of any particular lender or company, and should not be taken as such advice.